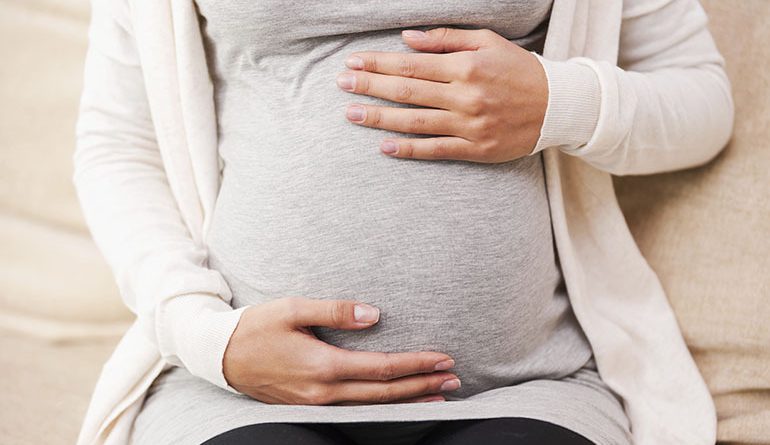 In this article, reproduced with permission from California Healthline, journalist Emily Bazar sorts through the vicissitudes of health coverage for pregnant women in California.

Lynn Kersey has some advice for pregnant women who bought health insurance policies from Covered California and want to keep them: Don’t report your pregnancy to the agency.

“It’s not a requirement … and it’s actually worse to do so,” said Kersey, executive director of Maternal and Child Health Access, an advocacy group based in Los Angeles County.

Why? Two of Kersey’s clients with Covered California health plans recently were thrown into Medi-Cal — the state’s health program for low-income residents — without their consent or prior notice after they reported their pregnancies to the state’s health insurance exchange.

The two women are among about 1,900 across the state who were automatically transferred from the exchange to Medi-Cal since October, even though they were supposed to have the option to stay with Covered California. The snafu was triggered by a recent policy change in Medi-Cal eligibility.

“One of the women missed a month of prenatal care,” Kersey said. “She was told she couldn’t be seen when she went to see her doctor.”

Covered California acknowledged the problem, casting part of the blame on its computer system.

“We didn’t implement this as well as it should have been implemented,” said Amy Palmer, the agency’s director of communications.

That computer glitch will be fixed, but not until September, Palmer said.

Led by Congressman Ami Bera (D-Elk Grove) and Congresswoman Lois Capps (D-Santa Barbara), the lawmakers called on Covered California to quickly fix the problem, writing that “no woman should have to worry about losing health care while pregnant.”

“We remain concerned that until the problem is fixed in late 2016, women will continue to be unenrolled from their Covered California plans and lose access to their current medical providers. … We ask that you notify all women before any changes in their health coverage are made,” they wrote.

A similar problem is affecting some pregnant women who purchased their plans through HealthCare.gov, the federal health insurance exchange that serves people in 38 states, said Judith Solomon, vice president for health policy at the Center on Budget and Policy Priorities in Washington, D.C.

It’s unclear how many women in the federal exchange have been affected by the glitch, she said, but it also stems from computer problems.

“The computer system was basically immediately transitioning them to Medicaid” when they reported their pregnancies to HealthCare.gov, Solomon said. “They should have the choice and they’re not getting it.”

Plan cancellations without notice or consent have been a persistent problem for some Covered California enrollees since 2014. In some cases, people are terminated from their plans unexpectedly. In others, they are transferred to Medi-Cal without prior notice. It’s unclear — even to Covered California — how widespread the problem is.
The situation for the pregnant California women can be traced to a recent policy change.

But the rules are different for some pregnant women whose household income falls between 138 percent and 213 percent of the federal poverty level, or roughly $22,100 to $34,100 for a family of two.

Under the October policy change, women who are pregnant at the time they apply for health coverage and fall into this income bracket will automatically be placed into Medi-Cal, said Lucy Quacinella, a San Francisco attorney and health care advocate for working families.

Before, they technically had a choice between Medi-Cal and Covered California, though often they were not informed of the choice, she said.

Women in the income range who already have Covered California plans before they become pregnant are now supposed to be given the choice to remain in their subsidized plans — which have out-of-pocket costs such as co-pays and deductibles — or move to Medi-Cal, which is free.

The idea is to allow them to keep their existing Covered California providers if they want, Quacinella said.

But the Covered California computer system wasn’t programmed to give them the choice, and some pregnant women were moved immediately into Medi-Cal.

“They didn’t receive notice. They just knew from one day to the next that their Covered California insurance didn’t work anymore,” Quacinella said. “It’s very stressful, very confusing.”

Although Medi-Cal is free, some women find it’s easier to get a doctor if they have private insurance. And because Covered California and Medi-Cal provider networks don’t always overlap, some of the women could no longer see the doctors with whom they had established relationships, Quacinella said.

“For some women, continuity of care is critical,” she said. “They don’t want to lose their providers.”

But after the initial shock, some women will consider the move to Medi-Cal a “blessing” because it’s cheaper, Quacinella said.

“Even with tax credits and cost-sharing reductions, it’s really hard for some families to afford the Covered California premiums or for pregnant women to afford a hospital’s labor and delivery charge,” she said.

That was the case for Kersey’s clients, who initially were distressed by the sudden loss of their Covered California plans but later decided to stay in Medi-Cal.

“One of our clients desperately wanted to get back into Covered California, but ultimately was fine with Medi-Cal, knowing there’s no delivery cost,” Kersey said.

Covered California has trained its customer service reps, insurance agents and other enrollers to explain to pregnant consumers that reporting a pregnancy could trigger a switch to Medi-Cal, Palmer said.

It has also updated its website to alert consumers that the exchange “does not require members to report a pregnancy. If you are an existing Covered California member, it is not necessary or recommended to report a pregnancy unless you are interested in other coverage options for pregnant women such as Medi-Cal or the Medi-Cal Access Program.”

“Consumers should feel confident that their coverage continues,” Palmer said. “No consumer should be concerned about accessing care while they are pregnant for fear they do not have health coverage. They do.”

This story was produced by Kaiser Health News, which publishes California Healthline, a service of the California Health Care Foundation. Its Ask Emily series answers questions about health care in California. If you have one, send it to AskEmily@kff.org.