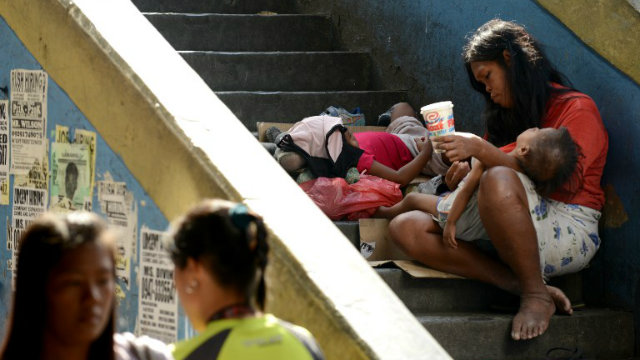 It’s not news that poorer families often have poorer health and educational outcomes. But current research is casting new light on this relationship. For instance, as The New Yorker points out, the conditions that attend poverty can be toxic to the developing brain, leading to long-term behavioral and cognitive difficulties. The lack of access to affordable, nutritious food in low-income neighborhoods is another public health issue that is getting increased attention. Here’s a roundup of recent research.

Five Facts Everyone Should Know About Deep Poverty
(The California Budget & Policy Center, June 2015)
More than 2.5 million Californians have incomes below half the poverty line, commonly referred to as “deep poverty.” For a family of three, living in deep poverty means struggling to survive on less than $200 per week. Children are less than one quarter of the population, but nearly one-third of those in deep poverty.
Read report

What Poverty Does to the Young Brain
(The New Yorker, 6/4/15)
Part of The New Yorker’s collection of stories on the brain, this brief piece looks at poverty as a sort of neurotoxin: “Over the past decade, the scientific consensus has become clear: poverty perpetuates poverty, generation after generation, by acting on the brain. The National Scientific Council has been working directly with policymakers to support measures that break this cycle, including better prenatal and pediatric care and more accessible preschool education.”
Read article

Association of Child Poverty, Brain Development, and Academic Achievement
(JAMA Pediatrics, 7/20/15)
Among the study’s findings: “Poverty is tied to structural differences in several areas of the brain associated with school readiness skills, with the largest influence observed among children from the poorest households. Regional gray matter volumes of children below 1.5 times the federal poverty level were 3 to 4 percentage points below the developmental norm.”
Read report

Social Determinants of Health: Rising Food Insecurity in Los Angeles County
(L.A. County Dept. of Public Health, July 2015)
Between 2002 and 2011, limited access to nutritious and affordable foods in households living below 300% of the Federal Poverty Level (FPL) increased from 22% to 31% according to the LA County Health Survey.
Read report

LA Health Data Snapshot: Built Environment for Nutrition
(L.A. County Dept. of Public Health, May 2015)
“Characteristics of the community or neighborhood that limit healthy food options, such as a lack of grocery stores that sell fresh fruits and vegetables, or a limited availability of quality, affordable produce and other nutritious foods can contribute to the risk for obesity, diabetes, and other chronic health conditions. Poor diet is a significant contributor to the growing obesity epidemic in Los Angeles (LA) County, where the prevalence of obesity among adults has dramatically increased from 14% in 1997 to 24% in 2011, and the prevalence of diabetes increased from 6% to 10% over the same period.”
Read report

Where Do Americans Usually Shop for Food and How Do They Travel to Get There? Initial Findings From the National Household Food Acquisition and Purchase Survey
(USDA Economic Research Service, March 2015)
This report compares food shopping patterns of (1) Supplemental Nutrition Assistance Program (SNAP) households to nonparticipant households, (2) participants in the Special Supplemental Nutrition Assistance Program for Women Infants and Children (WIC) to nonparticipants, and (3) food-insecure to food-secure households.
Read report