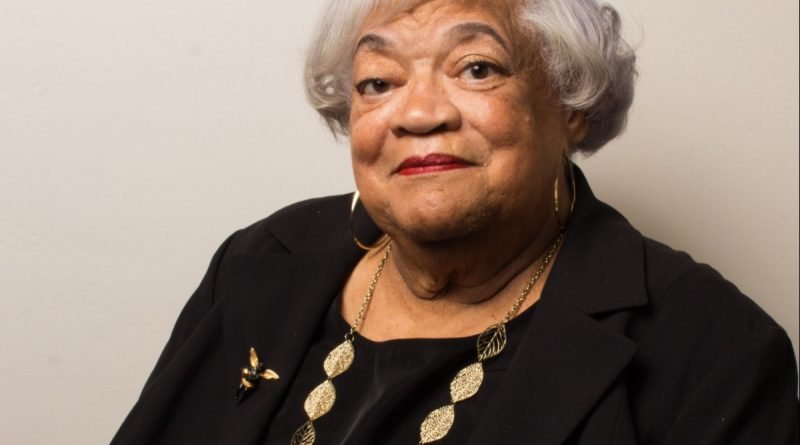 This Black History Month, we honor Dr. Loretta Jones, who dedicated her life to ensuring quality health care for underserved populations and advancing social justice for all. Dr. Jones passed away November 22, 2018 — Thanksgiving Day — after a long battle with esophageal cancer.

A Massachusetts native, she made her way to Los Angeles in 1979.  Having spent 10 years in foster care as a child, she ended up becoming a foster parent for more than 20 children. Felica Jones, her daughter, said that “she always wanted to make sure children had a home and were loved.” But her impact on young children extended well beyond her own home.

In 1992, Dr. Jones founded Healthy African American Families, an organization originally funded by the Centers for Disease Control and Prevention (CDC) to research preterm birth and infant mortality in L.A.’s African American community. Through the organization, she demonstrated how community-partnered participatory research — a model she pioneered in collaboration with UCLA Professor Kenneth Wells — could be used to advance community health and social justice. Her framework has since been used to address a variety of public health issues — from violence, depression, and infant mortality to childhood asthma, diabetes, and obesity.

“Ms. Loretta,” or “Nanie,” as she was affectionately known, played an integral role in establishing LA Best Babies Network. She was an original founder, and co-chair of LABBN’s advisory board from 2002 to 2012. She led the development of LABBN’s community engagement framework and trained our staff to implement the collaborative approach, a model which still guides all of our work today.

In addition to her work with LABBN and Healthy African American Families, Dr. Jones led several CDC-funded health research projects and served as co-investigator of the NIMH UCLA/RAND Center for Research on Quality in Managed Care, the NIA UCLA Center for Health Improvement in Minority Elderly (CHIME), and the NIH Drew/UCLA Project EXPORT. She also held leadership positions with: UCLA Institutional Review Board (IRB) for protection of human subjects, the National Children’s Study-Los Angeles Ventura County Study Center (NCS-LAVSC) Committee, and Charles Drew University of Medicine and Science. In 2017, she received the UCLA Medal, the university’s highest honor.

We salute Dr. Jones’s great work and we pledge to continue her legacy by bringing together and leading community partners to advance the health of underserved populations in Los Angeles County.